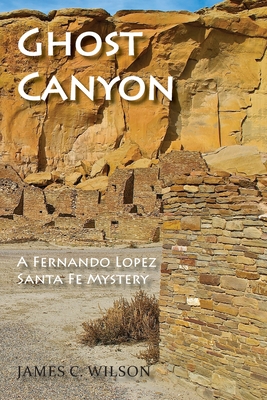 Park Ranger Pete Chavez is murdered in an ancient ruin at Chaco Canyon as he makes his nighttime security check. Santa Fe Police Detective Fernando Lopez is sent to investigate and soon realizes there may be a connection between the Chavez murder and the murder two days earlier of an eccentric Santa Fean by the name of Tom Flynn, whose grandfather had worked for Richard Wetherill during the first archaeological excavations of the ruins at Chaco Canyon. In Flynn's ransacked house Detective Lopez finds a journal written by Flynn's grandfather detailing a cache of jewelry and artifacts hidden by Wetherill somewhere in or near the ruin of Pueblo Bonito. On orders Detective Lopez teams up with Patricia Begay, an FBI agent of Navajo descent. Moving between Santa Fe and the 1,200-year-old necropolis at Chaco Canyon, they find themselves embroiled in a violent world of greed and murder. Their jobs are made more difficult by ancient superstitions and mysterious sightings in the canyon. In order to solve the case Fernando must follow a dangerous trail of enigmatic clues left by the killer or killers and steer a treacherous course between modern science and a 1,200-year-old world of ghosts. Includes Readers Guide.