Feral Eye of the Blackbird: A Journey Reveals the Power of Reason (Paperback) 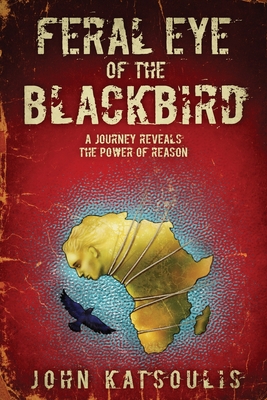 Two men are kidnapped, sent to an African diamond mine to complete an equipment installation, and must find a way to escape. They'll revive a temple and keep their mouths shut, or be killed. It's 1994, near the end of the Rwandan war. Robert's a privileged kid with anger issues. He must reconcile his old life, where everything is easy and nothing matters, with his new one as a forced laborer. It's easier said than done. He's plagued by his inner demon-the blackbird-the violent temper he must control. Logos, his mentor, is known as the man who can fix any mining equipment in the field. He's done things for governments he no longer remembers, and he must conquer a trauma, or it will destroy him. His talent, reputation, and dark past have made him the target of the kidnappers. The mysterious Consortium has stalked him for years. The guide, Mr. K.K., tells them they'll work to the brink of death. Why? Only one man in the world is capable of the "special installation" to make the owners rich again-Logos. In the nothingness of the bush, they experience a new and dark world. Villagers are forced to work at gunpoint, subjugated by a hierarchy of Masters and Workers, alive since the Belgian Congo. Logos and Robert will play with nothing to lose or die as slaves. The jungle keeps secrets. They're about to find out why. Includes Readers Guide.