The Deceit of Rome: The Roman Catholic Church, an Invented Institution Based on Lies, Intrigues and Malpractice (Paperback) 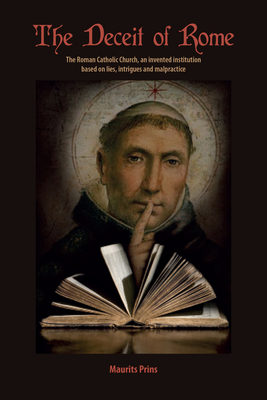 This no-holds-barred volume confirms the feelings of those who have always known something about the church just isn't right. Centuries of corruption continue even with the current pope, under whom many wealthy cardinals are enjoying incomprehensible luxury. Take top cardinal Tarcisio Bertone, for example, who recently spent €200.000 from a children's charity fund on the renovation of his luxurious penthouse apartment. Of course Bertone denies everything, but it's curious to see how often the Vatican's number two has been linked to financial fraud by the Italian Justice Department. According to Italian journalists Emiliano Fittipaldi and Gianluigi Nuzzi, millions of euros meant for charity are supposed to have been "stuck" within the administration and bureaucracy of the Roman Curia. Their sources are leaked Vatican documents, and the two people who have supposedly leaked these documents have since been arrested. These are a Spanish Opus Dei priest and a curious Italian woman, thought to be a mistress of one of the cardinals. I'm sure the pope means well, but he obviously isn't in control of the Curia of Cardinals.

Maurits Prins was born in 1936 in a Catholic family in the south of The Netherlands. After graduating high school he entered a monastery where he studied psychology and developed his musical skills. In 1968 he started his own practice as a Jungian psychologist and psychosocial therapist, for which his psychic abilities were of great help.