Between Demons and Deities (Paperback) 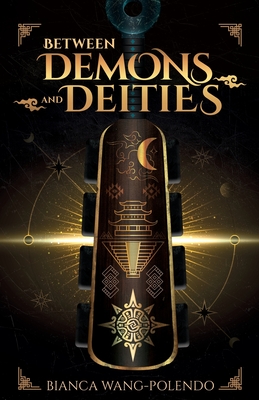 Death was waiting around the corner, ready to welcome another soul with a cool embrace.

After waking up from a coma two years ago, half-Atonacan, half-Wei fire mage Esmeralda has struggled with lost memories. Since then, Esme has led a quiet life in Atonaco with her best friend, a spirit mage named Dacio. Everything begins to fall apart the day that Dacio is arrested for a crime that they couldn't possibly have committed-the attempted murder of the emperor of Wei.

With the help of Dacio's mysterious friend, Esme embarks on a quest to prove Dacio's innocence. However, things are not as they seem, for ominous and powerful beings lurk in the shadows. As she begins to piece together the mystery of her past, she stumbles upon a sinister plan that threatens the fate of the mortal realm.

Between Demons and Deities features the magic and freedom of friendship and self-acceptance in the face of adversity and murky secrets.