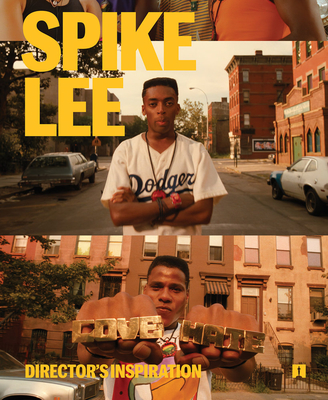 An inspirational trove of film posters and ephemera, photographs, artwork and more from the collection of Spike Lee

For nearly four decades, Spike Lee has made movies that demand our attention. His extensive filmography reflects an unflinching critique of race relations in the United States, from the Student Academy Award(R)-winning short Joe's Bed-Stuy Barbershop: We Cut Heads and the ever-relevant Do the Right Thing to the more recent Oscar(R)-winning BlacKkKlansman and Da 5 Bloods. A lifelong cinephile and film scholar, Lee draws inspiration from other artists working across a range of eras, genres and global cinemas. He has also devoted much of his career to teaching the next generation of filmmakers.
Spike Lee: Director's Inspiration presents Lee's personal collection of original film posters and objects, photographs, artworks and more--many of these inscribed to Lee personally by filmmakers, stars, athletes, activists, musicians and others who have inspired his work in specific ways.
Straight from the walls of Lee's 40 Acres and a Mule production studio in Brooklyn, his faculty office at NYU and his Martha's Vineyard home, these objects offer a glimpse into what shapes Lee's signature filmmaking approach. Spike Lee: Director's Inspiration also includes a conversation between Lee and Shaka King (Judas and the Black Messiah) and brief texts by some of the many artists Lee himself has inspired.
Spike Lee (born 1957) is a director, writer, actor, producer, author and artistic director of the graduate film program at NYU's Tisch School of the Arts, where he has taught since 1993.