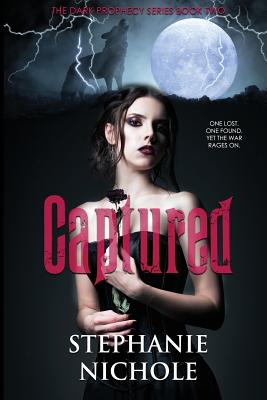 This is book number 2 in the Dark Prophecy series.

Arabella wakes up in the hospital searching for the one person she needs most, Garrett. However, Garrett is gone, he was captured by Amadeus. No magic can track him because of the magic Amadeus is using to keep him hidden. However, Arabella's magic continues to grow but with that comes more danger.

However, Arabella's day to day life doesn't slow down. She soon finds an uneasy agreement with a dark magical that claims he will help her learn how to defeat dark magic but will this alliance cause trouble with Garrett, if and when he returns? Will her parents and friends approve? Probably not, it seems the only person she can rely on is Christian, because he feels like he owes her something after being used by Lydia.

Although, tragedy strikes more than once and Arabella's barely hanging on by a thread. Will she be strong enough to get Garrett back? Can she defeat her brother? Does she have it in her to eliminate him, even after all the pain he's caused?