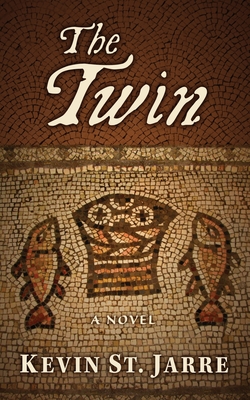 The Twin is the fictional retelling of the story of Jesus of Nazareth from the point of view of Thomas Didymus, known to most as Doubting Thomas. The narrative draws upon the belief held by many that Jesus traveled to Kashmir during the "missing" years of his youth, studied Buddhism, and then returned to Galilee to begin his ministry.

Styled as a document translated by a professor of classics from the University of Cincinnati-who is obviously inept and an egotist-The Twin includes his notes and footnotes throughout.

The novel explores the characters, stories, and miracles from the Bible, and from other texts such as the Gnostic gospels, but also attempts to fill in some of the gaps... of which there are many.

How many "wise men" visited Jesus? How did he turn water into wine? How was Lazarus raised from the dead? Why does Jesus sound more like a Buddhist than a 1st century Jew when he begins his ministry? What were the roles of each of the apostles, including the woman known to us as Mary Magdelene? What ultimately happened to all of these characters?

The Twin is provocative and entertaining, humanizing all involved with insecurities, joy, romantic jealousy, and eventually, peace.