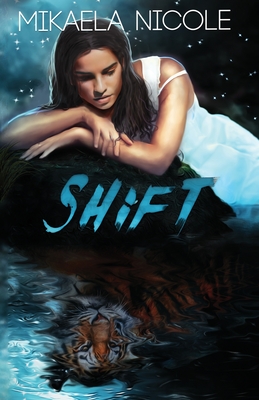 Eighteen-year-old Lissa Fleming is counting the days until she graduates and can leave her small hometown of Abandon. A week before graduating Lissa meets Ryan, the cute new boy in town. Although Lissa does her best to keep him at arm's length, she is leaving in a week after all, she can't ignore the feelings he stirs in her. Then Lissa's old best friend, Trevor, decides he wants to be in her life again and on top of that, she comes home late one evening to find her dad has checked himself into a mental institution.

Days before graduation Lissa runs into Darklily, a talking jaguar. Lissa can hardly believe it when Darklily claims she comes from a foreign planet called Pandorma. That is until Darklily takes Lissa to a portal and she jumps into a world where the laws of nature can be bent and the creatures that inhabit the planet live by the rule of kill or be killed. Darklily hasn't brought Lissa to Pandorma for a joyride though. In fact, Darklily has brought Lissa into the middle of a war and is insisting that she is the only one who can bring the war to an end.

Darklily says Lissa is a shapeshifter . . . at first Lissa refuses to believe this but as she comes to realize how dangerous Pandorma can be, she figures out how to unlock her power to shift. Running out of time and with little training, Lissa goes up against her formidable adversaries who are also shapeshifters, unaware of the consequences everyone will face if she fails.