The Black Man: The Father of Civilization, Proven by Biblical History by James Morris Webb (Paperback) 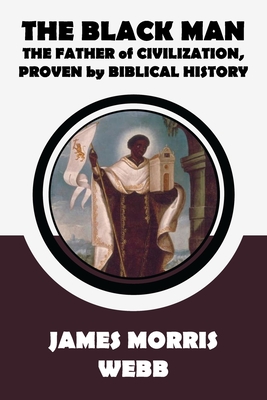 "The Bible gives the first and only true account of the origin of mankind...it shows that he, the "black man" is the "father of civilization."" -James Morris Web; Author

The Black Man, The Father Of Civilization, Proven By Biblical History (1919) is a book written by James Morris Webb. Webb's intention was to "show love for his race" and "show that the Bible is about blacks."

James Morris Webb (born in 1874) was a Christian minister from the United States associated with The African Methodist Episcopal Church who was active in the years 1910-1930 and later an employee of Marcus Garvey.

He was one of several pastors from this denomination who advocated for black nationalism and a social and Christian view that emphasized the role of African Americans in history.

In 1919 he published the book The Black Man, The Father Of Civilization, Proven By Biblical History. He also wrote other pamphlets, and in November 1913 posted an advertisement in The Chicago Defender with a picture of Jesus as a black man.