This Fist Called My Heart: The Peter McLaren Reader, Volume I (Paperback) 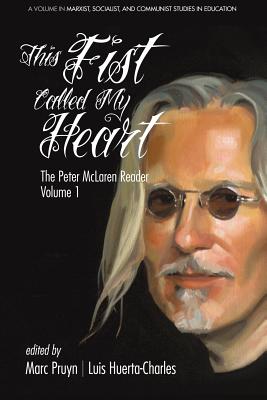 A volume in Marxist, Socialist, and Communist Studies in Education Series Editors: Curry Stephenson Malott, West Chester University of Pennsylvania and Derek R. Ford, Syracuse University This Fist Called My Heart: The Peter McLaren Reader, Volume I is "at the same time an homage, a gathering, an intellectual activist's...toolkit, a teacher's bullshit detector, a parent's demand list and an academic's orienting topography. This collection of essays...represents some of the most central and important work of Peter McLaren; work he has done on behalf of people's liberation and humanization over more than three decades. It provides] readers with an opportunity to develop a deep understanding of McLaren's intellectual history and academic development, and the thinking processes that lead to his current framework and intellectual/philosophical/political situatedness in humanist Marxism. Through these gathered and sequentially presented essays, readers will be able to 'see' McLaren in the process of his theory construction, over time, without missing his essence of struggling for a just society that promotes the full humanity and liberation of all people. Here, ] we have curated some of the most exemplary essays along the trajectory of Peter McLaren's long and impactful career. These pieces track and document Peter's intellectual grow as one of North America's most important intellectuals and advocates for critical pedagogy; his theorizing of the discursive and the everyday through post-modernist and post-structural lenses; his contributions to the literature and practice of critical multiculturalism; his stirring work on capitalist empire, and valiant struggles to resist it; through to his foundational, long held connection and cutting edge contribution to the field of humanist Marxism." "Whether you are a neophyte to McLaren's work or a long time student of it; an Enlightenment modernist or an avid poststructuralist; a liberal, social democrat, Anarchist or Marxist; an undergraduate, emeritus professor or a community activist; a feminist, critical race theorist or LGBT scholar; an educationalist, sociologist, engineer or physicist, it is our sincere hope and belief that you will find provocation, inspiration, solidarity and hope in the work of Peter McLaren that we present here." Marc Pruyn & Luis Huerta-Charles "This Fist Called My Heart: The Organization of These Volumes.