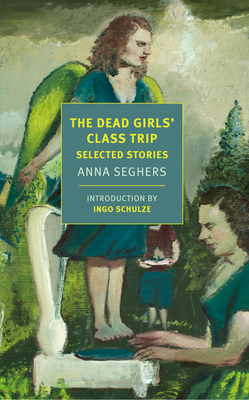 A new translation of the best and most provocative short stories by the author of Transit and The Seventh Cross.

Best known for the anti-fascist novel The Seventh Cross and the existential thriller Transit, Anna Seghers was also a gifted writer of short fiction. The stories she wrote throughout her life reflect her political activism as well as her deep engagement with myth; they are also some of her most formally experimental work. This selection of Seghers’s best stories, written between 1925 and 1965, displays the range of her creativity over the years. It includes her most famous short fiction, such as the autobiographical “The Dead Girls’ Class Trip,” and others, like “Jans Is Going to Die,” that have been translated into English here for the first time. There are psychologically penetrating stories about young men corrupted by desperation and women bound by circumstance, as well as enigmatic tales of bewilderment and enchantment based on myths and legends, like “The Best Tales of Woynok, the Thief,” “The Three Trees,” and “Tales of Artemis.” In her stories, Seghers used the German language in especially unconventional and challenging ways, and Margot Bettauer Dembo’s sensitive and skilled translation preserves this distinction.

Anna Seghers (1900–1983) was born in Mainz, Germany, into an upper-middle-class Jewish family. She published her first story in 1924 and received the Kleist Prize for her first novel in 1929. After World War II she moved to East Berlin, where she became an emblematic figure of East German letters, actively championing the work of younger writers from her position as the president of the Writers Union and publishing at a steady pace. Her novels Transit and The Seventh Cross are also available from NYRB Classics.

Margot Bettauer Dembo (1928–2019) translated the works of many authors. She was awarded the Goethe-Institut/Berlin Translation Prize in 1994 and the Helen and Kurt Wolff Translator’s Prize in 2003. For NYRB Classics she translated Transit and The Seventh Cross by Seghers and Grand Hotel by Vicki Baum.

Ingo Schulze is a German novelist and short story writer. His most recent novels include Adam and Evelyn, Oranges and Angels, Peter Holtz, and The Righteous Murderers.

“Anna Seghers was an admirable woman in many ways, but above all she was a remarkable humanist: she became a model of cultural resistance and ideological struggle who cut across borders, and who, still today, thanks to her work, transcends time and lives on in our memory.” —Fernanda Melchor

“Seghers was concerned with major questions, and she pursued those questions in her fiction relentlessly. What does fascism do to a person’s soul? she asks again and again. . . . Seghers’ stories are also moving and deeply intelligent.” —Kirkus Reviews

“Segher’s masterly title story, written near the end of the war, casts an idyllic school outing in a dark pall, anticipating the fates of the innocent children. The result is classic European storytelling at its most potent.” —Publishers Weekly

“Although they were penned between 1925 and 1965, there is an immediacy to these tales that cannot be ignored. . . Translator Margot Bettauer Dembo is an excellent guide through the twists and turns and small delights of language on every page.” —Katie Yee, Lit Hub