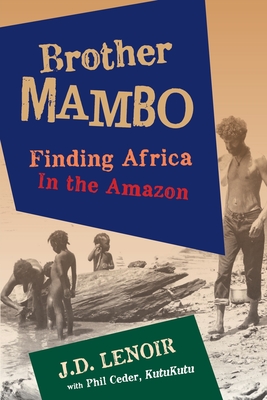 Brother Mambo is a memoir of an anthropology graduate student who set out to document African cultural influences in the Guianas of South America. His initial study plan blocked by local immigration officials, he followed a hummingbird and other oracles to an Amazonian river and the Pamakans, Africans who had escaped slave plantations in Suriname to rebuild a society in the rainforest.

Living among the Pamakans more than three years, he learned, with the help and friendship of young KutuKutu, how the Pamakans think and act. He describes their brilliant concepts of life and death, and the impact of missionaries and the market economy on their villages.

His initial loneliness in the close, suspicious, and very foreign environment, led to his gradual acceptance as one of them.

Lenoir ultimately married a Pamakan woman and started a family. This work is a continuing collaboration with KutuKutu, the Pamakan teenager who became a steadfast confidant the first day the author arrived at their village.