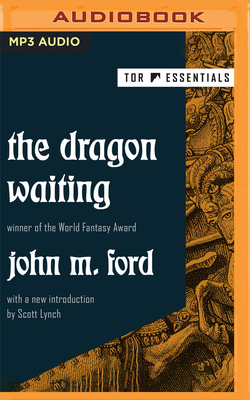 By John M. Ford, Gerard Doyle (Read by)
$29.99
Possibly out of print. Email or call to check availability and price.

"The best mingling of history with historical magic that I have ever seen." (Gene Wolfe)

Together they will wage an intrigue-filled campaign against the might of Byzantium to secure the English throne for Richard, Duke of Gloucester - and make him Richard III. Available for the first time in nearly two decades, with a new introduction by New York Times best-selling author Scott Lynch, The Dragon Waiting is a masterpiece of blood and magic.

"Had John M. Ford] taken The Dragon Waiting and written a sequence of five books based in that world, with that power, he would've been George R.R. Martin." (Neil Gaiman)