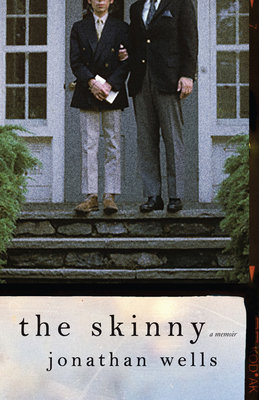 Vogue's Best Books of Summer 2021 "Everyone had a clearer vision of my body than I did. It didn't feel as if my body was really mine..." At age fourteen, Jonathan Wells weighs just sixty-seven pounds, triggering a scrutinizing persecution of his body that will follow him into adulthood. Upstate New York in the 1970s: A boy in preparatory day school suffers a harrowing attack by a teacher offended by his failure to put on weight. For the first time in his young life, Jonathan Wells is forced to question his right to take up space in the world. Jonathan's father, reading his weight as a clear and deeply concerning deficit of masculinity, creates a workout regimen meant to bulk him up. When that doesn't help, he has Jonathan seen by a slew of specialists, all claiming he is in perfect health, and yet the problem cannot be denied: the boy is simply too skinny. Jonathan's complicated relationship with his charming but elusive mother does not help matters. As the eldest son, he is privy to the struggles of a fraying marriage in which he, unwittingly, plays a divisive role. As a result, Jonathan is sent to boarding school in Switzerland, where he manages to establish an identity of his own among the child exiles and outcasts that make up the student body. And yet, his father's obsession follows him to Europe, threatening to destroy the space he has painstakingly won for himself. The critically acclaimed poet and author of the collection Debris, Jonathan Wells gives us a candid, powerful, and quietly humorous memoir about the universal exploration of adolescence and self-image, the frailty of masculinity, and all the places we seek comfort in a world that tries to define us.

Jonathan Wells has published three collections with Four Way Books: Debris, Train Dance, and The Man With Many Pens. His poems have appeared in The New Yorker, Ploughshares, AGNI and The Academy of American Poets Poem-A-Day program and many other journals. The Skinny, is his first book of prose.