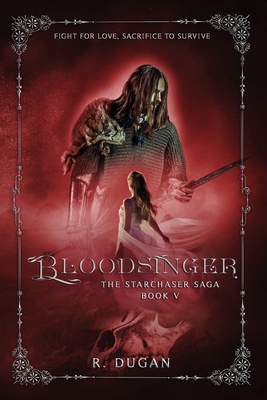 And so it comes to war.

For months, Princess Cistine Novacek of Talheim has contended with the threat looming over her home and secured an alliance that brought peace to the Middle Kingdom at last. But calamity has caught up with her nonetheless - not in her own land, but in the treacherous North. With Talheim spared from a horrific fate, Cistine faces the choice between peace in her homeland or war alongside her new allies.

Now with a ruthless enemy hunting them for the blood they shed and the weapons they carry, Cistine and her allies will fight harder, risk greater, and journey farther than they ever have before, seeking to save everything they love. Even if salvation means paying a cost beyond their darkest dreams.

For on bloody battlefields, in dark mountain halls, in the ancient bones of the world and deep in their own spirits, the battle for Valgard - and all the kingdoms of the world - will be waged.