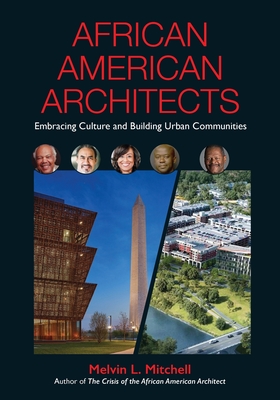 He argues in this book that America's perennial housing crisis - most acutely manifested in Black America's accelerating displacement from America's cities - must be countered by a new progressive 21st century movement that re-invents the revolutionary construction-based architecture modus operandi deployed 100 years ago by Booker T. Washington. Mitchell believes that Washington completed the build-out of the Tuskegee Institute campus as a counter to America's building of the "White City" aka the 1893 Chicago World's Fair-Columbian Exposition 600 miles to the north in Chicago, Illinois.

"Today's African American (and African) architects as designers and storytellers--exemplified by the brilliant NMAAHC architects--are a vital necessity but nowhere near sufficient. There is an equally important need for a new generation wing of architects as "urban community builders." Both wings must join forces with Black America's political, cultural, and business leadership in pushing for a Marshall Plan-scale urban economic redevelopment in Black America's city-centered beachheads. Those hard-won lands are being lost at an accelerating pace to massively disruptive gentrification, formerly known as urban renewal-Negro removal."

" Whether a group of African Americans can aspire to build new towns-in town of 10,000 people or free-standing new cities of 100,000 people - and highly likely majority black populations - and not assumed to be black separatists or anti-integrationists is a huge question mark. That question must be addressed head-on by action."

Mitchell argues that the centerpiece of a new "architecture" must realign with the needs of Black America for major increases in home and business ownership and wealth creation. That requires a massive "Buy the Block"-type redevelopment in urban Black America. Today that must entail nothing short of the literal building of at least one million new affordable housing units in urban Black America by Black America between now and 2030. The means to accomplish such a moon shot are there in existing and emerging progressive legislation.

The American Housing and Economic Mobility Act, the Green New Deal, and the Opportunity Zones Act must all be harnessed with the trillions of available public dollars, private equity funds, and black nouveau rich wealth to create and sustain an African American-dominated urban affordable housing industry. That may not be the answer but is most certainly one of several heretofore missing pieces.