De Cineribus: From the Ashes (Paperback) 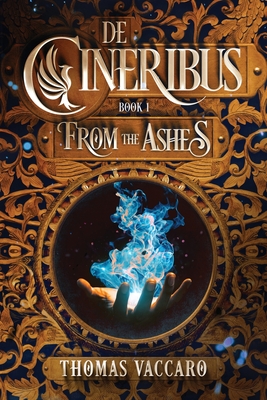 When your greatest dream is born from spite, will it make you truly happy?

Over half a century of strife has passed since the Revelation, where magic was revealed to the world. Now in 2116, humans and sorcerers-referred to by humanity as magi-are engaged in a quiet struggle for global dominance. Though many magi live safely within the walls of the mysterious Medeian Empire, uncounted more live beyond its enchanted isles at the mercy of human fear, suspicion, and scorn, including one Felix Brasher.

Indoctrinated from birth by his devout, God-fearing father, Felix discovered his magical abilities in a terrifying incident. Ever since that night, spite has festered within his heart, shaping his desire to become a powerful sorcerer. And much to his surprise, his dream may become reality as he receives a chance to study at the prestigious Dragora Institute of Magic in the Medeian Empire.

There are secrets lurking in the shadows, however. An enigmatic masked man hangs just out of sight, stalking Felix and fueling the flames of his hatred. And now, as Felix grows closer to realizing his dreams than ever before, a new, darker destiny threatens to corrupt his ambitions.

As Felix forges new relationships with fellow magi from all across the world, he comes to discover more about himself and what he wants out of life. With an infinite number of winding, crisscrossing paths ahead of him, which will he take, and where will that road lead? Who will he choose to be?