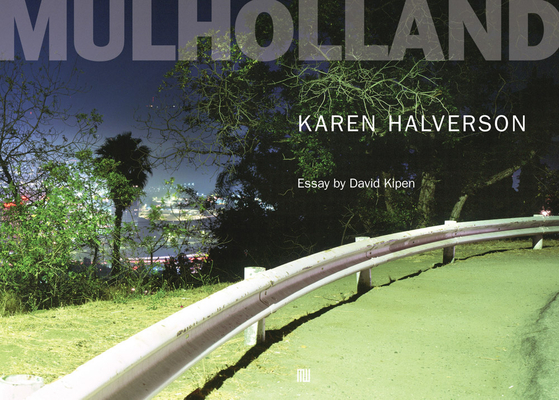 A breathtaking panoramic portrayal of the iconic California roadway, in a horizontal format that enhances the drama of the landscape

American photographer Karen Halverson (born 1949) first fell in love with Mulholland Drive while on the very opposite coast from the iconic California roadway--during a visit to the Metropolitan Museum of Art. There, Halverson encountered David Hockney's 20-foot painting Mullholland Drive: The Road to the Studio. A few years later, she moved to Los Angeles and found herself frequently driving along the 52-mile street that Hockney depicted as a colorful path to a fantastical world. Soon Halverson developed her own dynamic relationship with Mulholland Drive, likening the route along the crest of the Santa Monica Mountains to "watching a movie full of jump cuts" with its ever-changing scenery.

Halverson's panoramic photographs capture the allure of the street that stretches from the Pacific Ocean to Hollywood, a unique juncture between the area's natural landscape and the manmade infrastructure that has come to define Los Angeles. The images speak to the grandness of the environment and its Hollywood legacy, presented horizontally so as to emphasize their sweeping breadth. With a soft, sun-dried quality that is quintessentially Californian, Halverson's photographs capture the magic that pulses through the City of Angels.