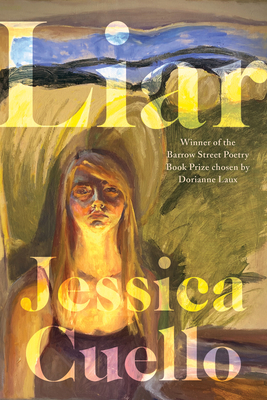 A highly original vision, voice, concept, style, language and image all working together to produce a world inside our world. Filled with fire and violence, mystery and magic, the loneliness of laundromats, rented houses, suicide, cornfields, hunger, and ultimately a naked raw survival, 'charred walls pulled back from the frame.'--Dorianne Laux

The genius of Jessica Cuello's LIAR is signaled by the (mis)spellings. Spelling, capitaliza-tion, and punctuation were not standardized until the eighteenth century, the era of printers and profit. These poems remind us that children, before they are indoctrinated into a world of correctness and pecuniary value, absorb the raw emotions swirling around them. Children hear truth even as they are told to spell it differently. The trauma of that disparity is conveyed in these poems. LIAR carries the reader into the world of a child for whom 'love is the sideswipe in the hall.'--Natasha Saj

In her gutting LIAR, Jessica Cuello, a master of the persona poem, flings off the mask to bare and bear remembered and imagined pasts. Writing often from the point of view of a child, Cuello's intricate and spellbinding poems take us on a journey of hunger and house burnings, lost fathers and distant mothers, laundromats and lust--girls longing to wear something other than shame, to claim and hold themselves in welcoming arms. 'Uncross, ' she writes, 'Let your chest see.' Through poem after poem, she uncrosses, she welcomes them.--Philip Metres