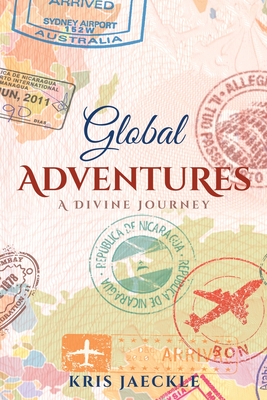 Kris surrendered her life to changing the world while on a humanitarian journey in Papua New Guinea, but never expected it to happen the way it did. After a tragic romantic breakup seemed to end all hope for the future, a door opened with an educational organization which allowed her to experience the world in an amazing way. While on different assignments, she met Mother Teresa, Nelson Mandela, Viktor Frankl, and Nando Parrado - all while reporting directly to some of the world's top CEOs.

Some of her experiences included waltzing in Vienna's Hofburg Palace; participating in Speakers Corner and being asked out by Prince Edward in London; experiencing ghettos - as well as safaris - in South Africa during the fall of Apartheid; narrowly avoiding "Stendahl Syndrome" in Florence yet being sensorily overwhelmed in Calcutta; helicoptering around the World Trade Center and wandering the empty Met in New York City; and becoming an adrenaline junky (starting with a 1200-foot bungy jump) in New Zealand. Eight years later when she left the job, she had achieved her own from of an "MBA", grown and matured in ways never expected, and - in a very spiritual way - finally let go of the heartbreak.