The Story of a Disappearance and an Appearance: A Ghost Story for Christmas (Seth's Christmas Ghost Stories) (Paperback) 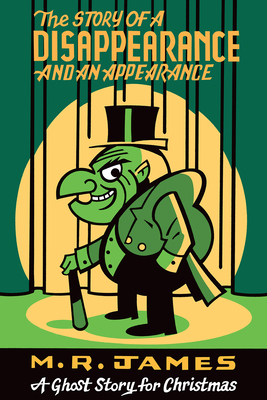 After receiving word that his Uncle Henry has gone missing, W.R. travels to his town to join in the search, but soon suspects his uncle is already dead. After an unusual encounter with a traveling salesman, W.R. has a nightmare about a terrifying puppet show--and a ghostly clergyman.

Montague Rhodes James was an English author, medievalist scholar and provost of King's College, Cambridge (1905-18), and of Eton College (1918-36). He was Vice-Chancellor of the University of Cambridge (1913-15). He is best remembered for his ghost stories, which some regard as among the best in the genre, and is known as the originator of the antiquarian ghost story. Seth is the cartoonist behind the comic-book series Palookaville, which started in the stone age as a pamphlet and is now a semi-annual hardcover. His comics have appeared in the New York Times Magazine, Best American Comics, and McSweeney's Quarterly. His illustrations have appeared in numerous publications including the cover of the New Yorker, The Walrus, and Canadian Notes & Queries. He is the subject of a recent documentary from the National Film Board of Canada, Seth's Dominion. Seth lives in Guelph, Ontario, with his wife Tania and their two cats in an old house he has named "Inkwell's End."