Girl of the Southern Sea (Paperback) 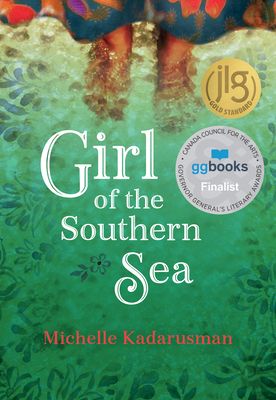 From the time she was a little girl, Nia has dreamed up adventures about the Javanese mythical princess, Dewi Kadita. Now fourteen, Nia would love nothing more than to continue her education and become a writer. But high school costs too much. Her father sells banana fritters at the train station, but many of his earnings go toward his drinking habit. Too often Nia is left alone to take over the food cart as well as care for her brother and their home in the Jakarta slums.

But Nia is determined to find a way to earn her school fees. After she survives a minibus accident unharmed and the locals say she is blessed with 'good luck magic, ' Nia exploits the notion for all its worth by charging double for her fried bananas. Selling superstitions can be dangerous, and when the tide turns it becomes clear that Nia's future is being mapped without her consent.

If Nia is to write a new story for herself, she must overcome more obstacles than she could ever conceive of for her mythical princess, and summon courage she isn't sure she has.