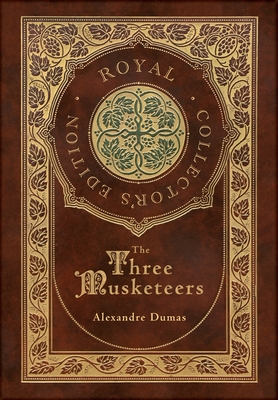 When young d'Artagnan travels to Paris to join the ranks of the Musketeers, he soon finds himself challenged to three duels with Athos, Porthos and Aramis. However, the foursome is abruptly attacked by the evil Cardinal Richelieu's guards, and d'Artagnan fights alongside them, proving his skills with a sword and his honour. The three Musketeers enfold d'Artagnan into their ranks, and what follows is a swashbuckling tale full of intrigue, friendship and revenge.

Alexandre Dumas got the idea for The Three Musketeers from Courtilz de Sandras' 1700 novel M moires de Monsieur d'Artagnan, which was based on real events surrounding the lives of d'Artagnan, Athos, Porthos and Aramis. Dumas made them human, gave them colour, and made them more real than even the truth itself. Since then the term 'Three Musketeers' has been used to describe a trio of individuals who support each other including Supreme Court Justices, engineers and Japanese wrestlers.