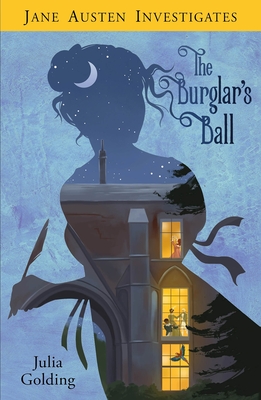 'A real treat for bookworms.' - Lucy Strange, children's author of The Ghost of Gosswater

Join young, budding detective Jane Austen in her second investigation to uncover a devious diamond thief at the glitziest, most scandalous ball of the year Inspired by Sense and Sensibility.

When the headmistress invites her past favourite pupil to attend their end of term ball, Cassandra brings her younger sister, Jane, along too. Cassandra plunges into the feverish excitement of preparing for the biggest event of the year - the dresses, the dances and the boys expected from the neighbouring school.
Feeling rather excluded, sharp-witted Jane unearths the reason for the fuss - the headteacher wants to impress a rich family returned from India as the school is at risk of going bankrupt. Jane also befriends the dancing master's assistant, a former slave, called Brandon, who is as quick to notice things as she. At the ball, a diamond necklace is stolen from a locked room and they are propelled into a race to uncover the burglar and save Brandon from gaol.

With the ever-present Austen spirit, Jane with notebook in hand, boldly overcomes the obstacles to finding the truth.