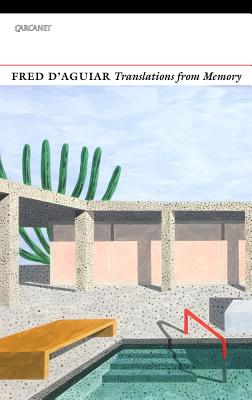 The memories from which Fred D’Aguiar translates these poems are cultural and personal, from the anciencies of the Gilgamesh epic to the modern world, from classical philosophy to C.L.R. James and Aimé Césaire, from Asia and Europe to the new world in which their destinies are unpredictably worked out.

D’Aguiar’s concluding translations are of Derek Walcott and Kamau Brathwaite, masters and remakers of language and form, from whom (among a multitude of others) he takes his bearings. This unusual integration of tributes and the ironies they provoke give Translations a radical colouring: D’Aguiar is learned; he is also wry, alert to the false notes in history and what follows from them. "The world map / Turned from red to brown to black / And blue, drained of empire." And he is passionate, responding always to the deep feelings of others, from desire to love, elegy to celebration.

Fred D’Aguiar was born in London in 1960 to Guyanese parents. He grew up in Guyana, returning to England in his teens. He trained as a psychiatric nurse before reading African and Caribbean Studies at the University of Kent, Canterbury. He was Judith E. Wilson Fellow at Cambridge University and has been shortlisted for the T.S. Eliot Prize. He is also the author of four novels, the first of which, The Longest Memory (Pantheon, 1994), won both the David Higham Prize for Fiction and the Whitbread First Novel Award. His plays include High Life (1987) and A Jamaican Airman Foresees His Death (1991), which was performed at the Royal Court Theatre, London. Mr Reasonable was broadcast on BBC Radio 4 in 2015.