Architecture and the Public Good (Hardcover) 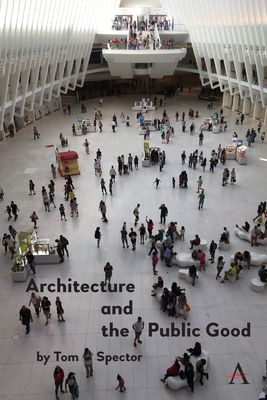 The practice of architecture as a learned profession is a fairly recent invention in the history of architecture, one that was an uneasy fit with professional ideals from its inception in the nineteenth century, and the value of which is under assault today from globalizing economic forces. Unfortunately, the profession's longstanding internal tensions have prevented it from articulating a durable ethical rationale for its protections that would help it stand up to those assaults. This book proposes crafting just such a durable ethical rationale through the public good the architecture profession serves.

But the concept of the public is itself a recent historic phenomenon, one also experiencing both tremendous pressures and instability from many of the same sources destabilizing the architecture profession--globalization, neo-liberal economics, the rise of individualism, and the destruction of privacy. Therefore, to bring architecture and the public good together in any sustained way, both architecture's instabilities and the public's must be better understood. The book accomplishes this task by addressing the profession's long-standing internal struggles that prevent it from articulating a strong ethical defense, the recent economic forces which are dispersing the profession's center much as they have the world's middle classes, the Enlightenment-derived concept of the bourgeois public and its more recent decline and reinvention, the importance of dissecting the shifting boundaries between the public and private realms, and finally a new approach to reassert the many ways in which architecture can not only serve the public good, but also become a protagonist in its renewal as a guiding ideal for our times.

Tom Spector is Professor of Architecture at Oklahoma State University in the United States. He is a licensed architect and a leader in the field of architectural ethics.