The Lion and the Nightingale: A Journey Through Modern Turkey (Hardcover) 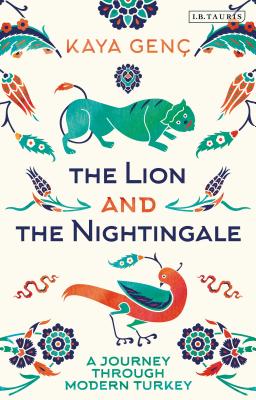 By Kaya Genç
$24.95
Possibly out of print. Email or call to check availability and price.

Turkey is a land torn between East and West, and between its glorious past and a dangerous, unpredictable future. After the violence of an attempted military coup against President Erdogan in 2016, an event which shocked the world, journalist and novelist Kaya Genc travelled around his country on a quest to find the places and people in whom the contrasts of Turkey's rich past meet. As suicide bombers attack Istanbul, and journalists and teachers are imprisoned, he walks the streets of the famous Ottoman neighbourhoods, telling the stories of the ordinary Turks who live among the contradictions and conflicts of Anatolia, one of the world's oldest civilizations. The Lion and the Nightingale presents the spellbinding story of a country whose history has been split between East and West, between violence and beauty - between the roar of the lion and the song of the nightingale.

Weaving together a mixture of memoir, interview and his own autobiography, Genc takes the reader on a contemporary journey through the contradictory soul of the Turkish nation.