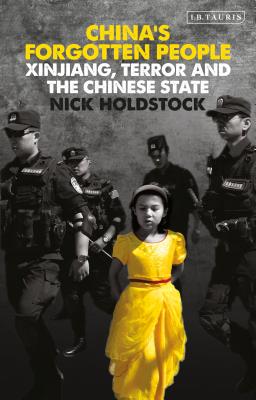 By Nick Holdstock
$25.95
Possibly out of print. Email or call to check availability and price.

After isolated terrorist incidents in 2015, the Chinese leadership has cracked down hard on Xinjiang and its Uyghurs. Today, there are thought to be up to a million Muslims held in 're-education camps' in the Xinjiang region of North-West China. One of the few Western commentators to have lived in the region, journalist Nick Holdstock travels into the heart of the province and reveals the Uyghur story as one of repression, hardship and helplessness. China's Forgotten People explains why repression of the Muslim population is on the rise in the world's most powerful one-party state. This updated and revised edition reveals the background to the largest known concentration camp network in the modern world, and reflects on what this means for the way we think about China.

Nick Holdstock is an award-winning writer of fiction and journalism who work appears in The Guardian, The Times Literary Supplement, the London Review of Books, Financial Times, n+1, Dissent and Literary Review. He is the author of three non-fiction books about China, The Tree That Bleeds (Luath, 2011), China's Forgotten People (IB Tauris, 2015) and Chasing the Chinese Dream (IB Tauris, 2017) and a novel, The Casualties (St Martins, 2015). His first short story collection, The False River, is due out in late 2019. He is a frequent commentator on China for a variety of media outlets