Storyworlds of Robin Hood: The Origins of a Medieval Outlaw (Hardcover) 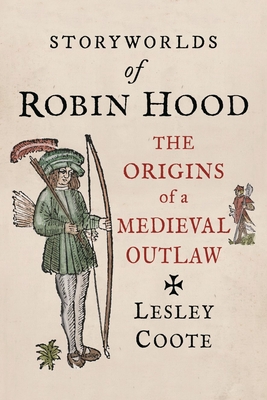 By Lesley Coote
$30.00
Possibly out of print. Email or call to check availability and price.

Robin Hood is one of the most enduring and well-known figures of English folklore. Yet who was he really? In this intriguing book, Lesley Coote reexamines the early tales about Robin in light of the stories, both English and French, that have grown up around them—stories with which they shared many elements of form and meaning. In the process, she returns to questions such as where did Robin come from, and what did these stories mean? The Robin who reveals himself is as spiritual as he is secular, and as much an insider as he is an outlaw. And in the context of current debates about national identity and Britain’s relationship with the wider world, Robin emerges to be as European as he is English—or perhaps, as Coote suggests, that is precisely the quality which made him fundamentally English all along.

Lesley Coote is a lecturer in medieval studies and medievalism at the University of Hull. She has published widely on the Middle Ages and is coeditor of Robin Hood in Outlawed Spaces and Robin Hood and the Outlawed Literary Canon.

"In her engrossing book on Robin Hood, Coote also considers a geography beyond Sherwood Forest for the legend. . . . The book’s fascinating focus is on the European-wide literary setting of Robin Hood-type tales in the late medieval, pre-Reformation era. . . . Coote takes us deep into the pious, ribald, scatological, and sometimes pornographic tales of the period. . . . The book is not a search for the historical origins of Robin Hood but for his literary and cultural foundations. The result is a fascinating and engaging new look at an old legend."
— Sean McGlynn

"This is an important book that takes the Robin Hood legend out of the familiar forest of ‘Merry England’ and relocates it within the more culturally extensive greenwood of late medieval Europe. Coote’s comparative approach situates the Robin Hood myth within a complex matrix of multilingual cultural contexts—French pastourelle traditions, English and German trickster stories, fabliaux and other comic tales, and Miracles of the Virgin tales among others. Thoughtful, learned, and sometimes provocative, Storyworlds of Robin Hood is a significant contribution to our understanding of the outlaw myth."
— Rob Gossedge, Cardiff University