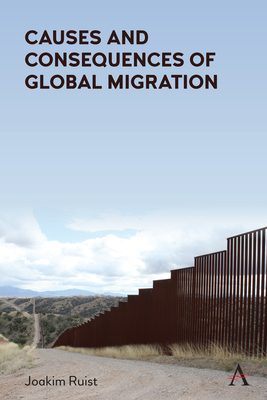 How western countries handle issues of how to regulate immigration appears critical for their future development. Many agree on this, but at the same time think they know too little about these issues. In Eurobarometer surveys from the spring of 2018, migration was the issue most stated as the most important for the EU. At the same time, a majority did not think they were well-informed about migration and integration. This book has been written for those who want to find out more about why people migrate and what the consequences are of their doing so.

The book begins with a historical overview of migration. Focusing on the last fifty years, it looks, among other things, at what motives drive people to migrate and at migrants' economic outcomes in their destination countries. It also describes the state of knowledge about the economic and social consequences of migration for the communities that receive the migrants. Finally, it discusses what scope there is in the west for increasing the level of control over migration.

A common theme throughout the book is that migration is a very different phenomenon from one situation to another. Groups of people who are over-represented among migrants include the world's most successful technical developers as well as its most vulnerable war victims, and many things in-between. The conditions of different groups in their countries of destination can differ widely, and their immigration has different consequences for these countries. Some of these differences may also persist for several generations. Therefore, referring to migration as a single phenomenon often does not result in a very useful description. Instead, we should get used to portraying the diversity of migration and be careful with making comparisons between different groups of migrants.

Joakim Ruist researches and teaches on the causes and consequences of migration at the University of Gothenburg.