Capitalist Realism: Is There No Alternative? (Paperback) 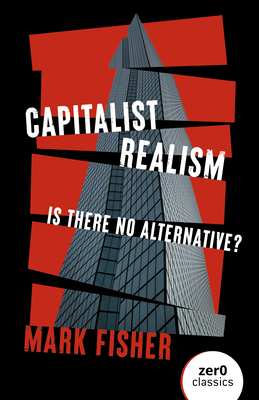 After 1989, capitalism has successfully presented itself as the only realistic political-economic system - a situation that the bank crisis of 2008, far from ending, actually compounded. The book analyses the development and principal features of this capitalist realism as a lived ideological framework. Using examples from politics, films, fiction, work and education, it argues that capitalist realism colours all areas of contemporary experience. But it will also show that, because of a number of inconsistencies and glitches internal to the capitalist reality program capitalism in fact is anything but realistic.

Mark Fisher is highly respected both as a music writer and a theorist. He writes regularly for The Wire, frieze, New Statesman, and Sight & Sound. He is a Visiting Fellow at Goldsmiths, University Of London, and maintains one of the most successful weblogs on cultural theory, k-punk (http: //k-punk.abstractdynamics.org