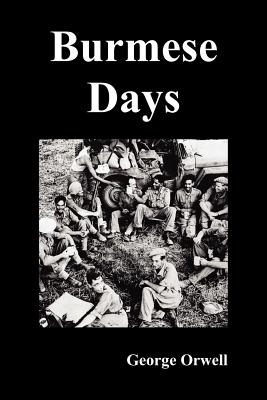 By George Orwell
$13.99
Possibly out of print. Email or call to check availability and price.

"One cannot help but be struck by the degree to which he (George Orwell) became, in Henry James's words, one of those upon whom nothing was lost. By declining to lie, even as far as possible to himself, and by his determination to seek elusive but verifiable truth, he showed how much can be accomplished by an individual who unites the qualities of intellectual honesty and moral courage." -- Christopher Hitchens

A novel set in the waning days of the British Empire. Burmese Days is known for its extravagant language and imagery.

George Orwell (born Eric Blair, 1903, Motihari, Bengal, died Jan 1950, London)was a leading British writer of the twentieth century. He studied at Wellington College and Eton (1917-1921) where he was a King's Scholar. After Eton, he followed family tradition and joined the Indian Imperial Police in Burma, until 1927 when, disgusted by imperialism, he resigned to pursue his boyhood dream of being a writer.

He published an autobiographical book Down and Out in London and Paris, with Victor Gollancz Ltd. under his pen name of George Orwell. This established his literary career. Orwell was a prolific journalist, essayist, novelist and nonfiction writer. He is remembered for his prescient writing and his unwavering commitment to truth and clarity of expression. His last two novels--Animal Farm and Nineteen Eighty-Four--have placed him at the pinnacle of British literature.