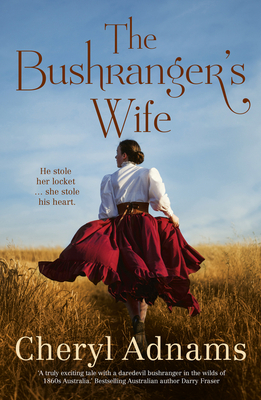 He stole her locket ... she stole his heart.

Jack the Devil's reputation precedes him. The most notorious bushranger on the Central Highlands, nothing throws him off his game ... until he holds up Prudence Stanforth and her grandmother. Jack can't help but be captivated by the feisty Pru, with her sweeping red hair and complete lack of fear.

Weeks later, Pru crosses paths with the respectable businessman Jack Fairweather, and it's not long before she recognises him as the bushranger who stole her beloved necklace. His price for the locket's return is her silence ... and a kiss. A kiss that sparks something inside them both.

When Pru discovers her grandmother has been keeping a devastating secret, running away with Jack the Devil is the perfect escape for her broken heart. The dangerous nature of his less-than-salubrious occupation is a poetic contradiction to her sheltered upbringing and only fuels their passion. Until that danger becomes a reality. Between the return of dark elements from Jack's past and authorities intent on his capture, Jack and Pru must fight for their future together ... or risk losing everything.

A rollicking historical tale about following your heart, finding home in unexpected places - and bushrangers - for readers of Darry Fraser and Alison Stuart.