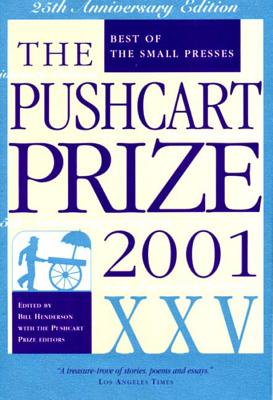 By Bill Henderson
$29.50
Possibly out of print. Email or call to check availability and price.

This is book number 25 in the The Pushcart Prize Anthologies series.

The quarter-century edition of a "distinguished annual literary event" (Anne Tyler, New York Times Book Review) For its twenty-fifth year, The Pushcart Prize surpasses itself with a stunning presentation of new and celebrated authors.