This Little Family: A Novel (Paperback) 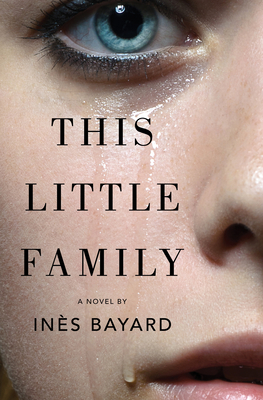 By Inès Bayard, Adriana Hunter (Translated by)
$15.99
Email or call for price.

Named a Best International Crime Novel of the Year by CrimeReads

AN ASTONISHING DEBUT. THE NEXT BEST READ FOR FANS OF MY DARK VANESSA.

This striking debut novel inhabits the mind of a young married woman driven to extremes by disgust and dread in the aftermath of a rape.

Marie and Laurent, a young, affluent couple, have settled into their large Paris apartment and decide to start trying for a baby. This picture-perfect existence is shattered when Marie is assaulted by her new boss. Deeply shaken by the attack, she discovers she is pregnant, and is convinced her rapist is the father. Marie closes herself off in a destructive silence, ultimately leading her to commit an irreparable act.

In a first novel of extraordinary power and depth, Inès Bayard exposes disturbing truths about how society sees women and how women see themselves in turn.

Inès Bayard was born in Toulouse, France, in 1991. She lived and studied in Paris for several years before relocating in 2017 to Berlin, where she is currently based. This Little Family is her first novel.

Adriana Hunter studied French and Drama at the University of London. She has translated more than eighty books, including Véronique Olmi’s Bakhita and Hervé Le Tellier’s Eléctrico W, winner of the French-American Foundation’s 2013 Translation Prize in Fiction. She lives in Kent, England.

“A short, sharp debut…a cry of anguish and fury about how easily men get away with committing sexual violence, and how devastating the consequences are for women. Bayard is a muscular, propulsive writer, and the novel, elegantly translated by Adriana Hunter, feels urgent, immediate. You can’t stop reading, even as you want to look away.” —New York Times Book Review

“[A] stunning debut…with a defiant, feral energy that has echoes of Elena Ferrante’s Days of Abandonment…a powerful study of sexual violence and its aftermath.” —Publishers Weekly (starred review)

“Dark, devastating and quite unforgettable.” —The Times

“A provocative novel that plunges into the recesses of women’s psyches.” —Foreword Reviews

“[This Little Family] is as devastating and insightful a castigation of societal views of women and roles as The Perfect Nanny by Leïla Slimani. A disturbing psychological novel that will stay with you for a long time.” —Crime Time

“Remarkable...Bayard's writing is sharp, cold, precise, and sends chills down your spine. You read this novel with bated breath.” —La Presse

“An unsettling first novel...Expert at delving into the pains of a woman's body and soul, far from all cliché, Inès Bayard plunges the reader into a zone of discomfort.” —L'Express

“As effective as it is disturbing...a staggering, unflinching novel.” —Culturebox