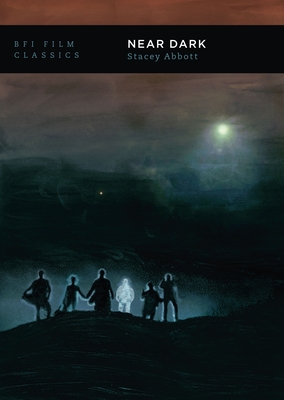 First released in 1987, Near Dark is a vampire film set in the contemporary American Midwest that tells the story of Caleb, a half-vampire trying to decide whether to embrace his vampire nature or return to his human family. The film, an early work of the now-established director Kathryn Bigelow, skilfully mixes genre conventions, combining gothic tropes with those of the Western, road movie and film noir, while also introducing elements of the outlaw romance genre.

Stacey Abbott's study of the film addresses it as a genre hybrid that also challenges conventions of the vampire film. The vampires are morally ambiguous and undermine the class structures that have historically defined stories of the undead. These are not aristocrats but instead they capture the allure and horror of the disenfranchised and the underclass. As Abbott describes, Near Dark was crucial in consolidating Bigelow's standing as a director of significance at an early point in her career, not simply because of her visual art background, but because of the way in which she would from Near Dark onward re-envision other traditionally mainstream genres of filmmaking.

Stacey Abbott is Reader in Film and Television Studies at University of Roehampton London, UK.Her most recent publications include Undead Apocalypse: Vampires and Zombies in the 21st Century (2016), TV Horror: Investigating the Dark Side of the Small Screen (I.B. Tauris, 2013), co-written with Lorna Jowett, and Supernatural: TV Goes to Hell (2011), co-edited with David Lavery from Middle Tennessee State University. televisual vampire. She was the Series Editor for the Investigating Cult TV series at I.B. Tauris, comprising sixteen books. Between 2014-2016, she was the President of the Whedon Studies Association and before joining the University of Roehampton, she worked as an Education Officer for the British Film Institute, organising lectures, seminars and conferences as part of the public cinema programme at BFI Southbank.