The Otherwise: The Screenplay for a Horror Film That Never Was (Paperback) 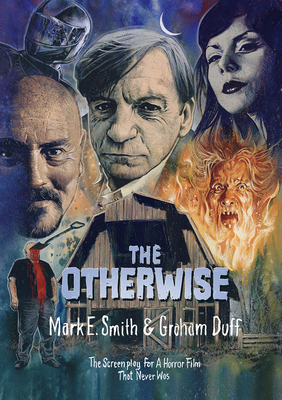 In 2015 Mark E. Smith of The Fall and screenwriter Graham Duff co-wrote the script for a horror feature film called The Otherwise. The story involved The Fall recording an EP in an isolated recording studio on Pendle Hill. The Lancashire landscape is not only at the mercy of a satanic biker gang, it's also haunted by a gaggle of soldiers who have slipped through time from the Jacobite Rebellion.

However, every film production company who saw the script said it was 'too weird' to ever be made.

The Otherwise is weird. Yet it's also witty, shocking and genuinely scary. Now the screenplay is published for the first time, alongside photographs, drawings and handwritten notes.

The volume also contains previously unpublished transcripts of conversations between Smith and Duff, where they discuss creativity, dreams, musical loves (from Can to acid house) and favourite films (from Britannia Hospital to White Heat). Smith also talks candidly about his youth and mortality, in exchanges that are both touching and extremely funny.

Mark E. Smith was an English singer and songwriter, who was the lead singer, lyricist, and only constant member of the post-punk group the Fall.

Graham Duff is a British TV comedy and drama scriptwriter whose credits include Ideal and The Nightmare Worlds of H.G. Wells. As an actor he has appeared in, among other things, two Harry Potter films, Alan Partridge, and Dr. Who.