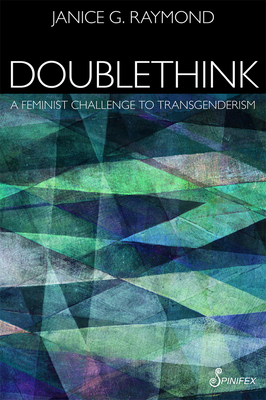 In an age when falsehoods are commonly taken as truth, Janice Raymond’s new book illuminates the “doublethink” of a transgender movement that is able to define men as women, women as men, he as she, dissent as heresy, science as sham, and critics as fascists. Meanwhile, trans mobs are treated as gender patriots whose main enemy is feminists and their dissent from gender orthodoxies. The medicalization of gender dissatisfaction depicted by Raymond in her early visionary book, The Transsexual Empire, has today expanded exponentially into the transgender industrial complex built on big medicine, big pharma, big banks, big foundations, big research centers, some attached to big universities. And the current rise of treating young children with puberty blockers and hormones is a widespread scandal that has been named a medical experiment on children. Whereas transsexualism was mainly a male phenomenon in the past with males undertaking cross sex hormones and surgery, today it is notably young women who are self-declaring as men in large numbers. The good news is that these young women who formerly identified as “trans men” or gender non-binary, are now de-transitioning. In this book, they speak movingly about their severances from themselves and other women, their escape from compulsive femininity, their sexual assaults, the misogyny they experienced growing up, and their journeys in recovering their womanhood. Doublethink: A Feminist Challenge to Transgenderism makes us aware of the consequences of a runaway ideology and its costs — among them what is at stake when males are allowed to compete in female sports and when parents are not aware of school curricula that confuse sex with gender and that can facilitate a child’ s hormone treatments without parental consent.

Janice G. Raymond is a longtime feminist activist who works to end violence against women and sexual exploitation, as well as the medical abuse of women. She is the author of five books, one edited volume, and multiple articles translated into several languages on issues ranging from violence against women, women’s health, feminist theory, lesbian feminism, and bio-medicine. She has published numerous articles on prostitution and sex trafficking and lectures internationally on these topics. Janice Raymond is Professor Emerita of Women’s Studies and Medical Ethics at the University of Massachusetts in Amherst. She was a faculty member at the University of Massachusetts in Amherst from 1978 on.

Praise for her book, The Transsexual Empire:

"Ostensibly, the ‘transsexers’ are curing a disease; actually they engage in the religious and political shaping and controling of ‘masculine’ and ‘feminine’ behavior…Raymond’s development and documentation of this thesis is flawless. Her book is an important achievement." —Thomas Szasz, New York Times