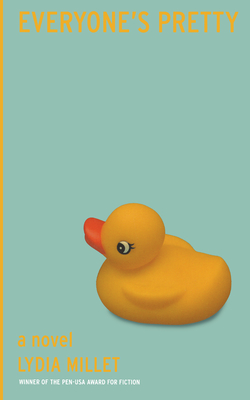 A “supremely wacky [and] astute” novel by a PEN Award winner and Pulitzer Prize finalist (The Washington Post).

In Los Angeles, Dean Decetes, a pornographer with messianic delusions, spins out of control, spending his time drinking himself into a stupor, getting beaten up by strangers he’s recklessly insulted, stealing credit cards to pay for sex, being arrested, begging favors, and mounting a PR campaign to make himself famous with the help of a loyal foot soldier—a porn-loving midget he met in jail.

Meanwhile his pious, romantic spinster sister, who reluctantly keeps house for him, busies herself writing quasi-religious love notes to the boss she worships, and two of her coworkers at the statistics company—an obsessive-compulsive Christian Scientist in a twisted marriage and a promiscuous, depressed blond bombshell—become enmeshed in her life as she dreams of ridding herself of her freeloading brother and being carried away on a white horse by her employer.

Then a teenage math genius runs away from home after her mother humiliates her in school, and hooks up at a bar with Decetes’s suicidal editor. Told from five points of view, over three wild days in which these lives intersect, this is a rollickingly funny yet heart-wrenching novel from one of today’s most acclaimed literary voices.

“Taken at surface level, its presentation of over-the-top characters placed in bizarre situations is supremely wacky, but underneath is an astute examination of how contemporary society fosters alienation and loneliness so acute that it takes outsized actions to allow any possibility of driving the demons away.” —The Washington Post

Lydia Millet has written more than a dozen novels and story collections, often about the ties between people and other animals and the crisis of extinction. Her story collection Fight No More received an Award of Merit from the American Academy of Arts and Letters in 2019, and her collection Love in Infant Monkeys was a finalist for the Pulitzer Prize in 2010. She also writes essays, opinion pieces and other ephemera and has worked as an editor and staff writer at the Center for Biological Diversity since 1999. She lives in the desert outside Tucson with her children and boyfriend.