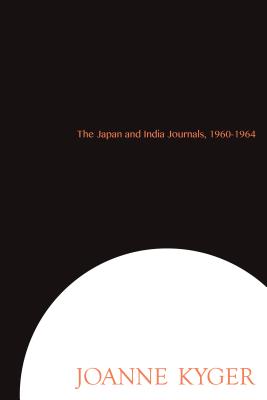 First published in 1981, The Japan and India Journals, 1960-1964 is Joanne Kyger's journal of her four tumultuous years in Japan and India as a young poets in her late twenties. This book chronicles her developing poetic sensibility, emergent Buddhist practice, and what it meant to be a woman trying to write in pre-feminist Beat days. Attentive, witty, and always entertaining, this is poet's prose at its best.

One of the major poets of the Beat Generation, JOANNE KYGER was born in 1934. In 1960, she traveled to Japan to be with her then-husband Gary Snyder. In 1962 they traveled to India, where, along with Allen Ginsberg and Peter Orlovsky, they met the Dalai Lama. She returned to California in 1964 and settled in Bolinas in 1969, where she resides today. She has published over 30 books of poetry and prose, including On Time and As Ever: Selected Poems.