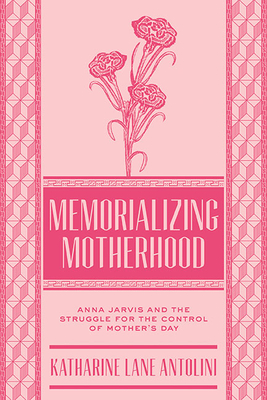 Few know the name Anna Jarvis, yet on the second Sunday in May, we mail the card, buy the flowers, place the phone call, or make the brunch reservation to honor our mothers, all because of her.

Anna Jarvis organized the first official Mother’s Day celebration in Grafton, West Virginia in 1908 and then spent decades promoting the holiday and defending it from commercialization. She designed her Mother’s Day celebration around a sentimental view of motherhood and domesticity, envisioning a day venerating the daily services and sacrifices of mothers within the home.

After Mother’s Day became a national holiday in 1914, many organizations sought to align the holiday’s meaning with changing perceptions of modern motherhood in the twentieth century. Instead of restricting a mother’s service and influence solely to the domestic sphere, they emphasized the power of mothers both within their homes and throughout their communities.

Jarvis refused to accept this changing interpretation, claiming both intellectual and legal ownership of Mother’s Day. Her obsession with protecting the purity of her vision sustained a war of verbal and legal assaults against rival holiday promoters, patriotic women’s organizations, charitable foundations, public health reformers, and the Franklin D. Roosevelt administration. The struggle for control of Mother’s Day ultimately threatened her livelihood, physical health, and emotional stability.

Memorializing Motherhood explores the complicated history of Anna Jarvis’s movement to establish and control Mother’s Day, as well as the powerful conceptualization of this day as both a holiday and a cultural representation of motherhood.

Katharine Lane Antolini is an assistant professor of History and Gender Studies at West Virginia Wesleyan College and serves on the Board of Trustees of the International Mother’s Day Shrine in Grafton, West Virginia.