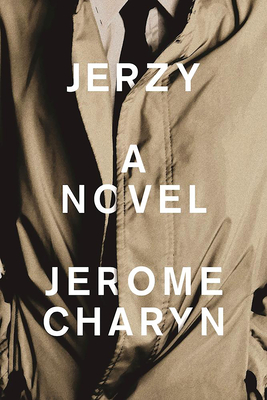 "A moving attempt to trace the connections between Kosinski's wartime struggles and postwar fictions." --New Yorker

"Jerzy is a novel with a light touch that's still capable of lifting heavy subjects. Charyn knows what he wants to do and knows how to do it. . . . He] show s] that all forms of power are pretty much alike, or at least connected--Hollywood, Capitol Hill, Kensington Palace, the Kremlin. Because Kosinski is a figure who proves (if we still need to learn it) that the craziness of American life may have more in common with the craziness of Russia and Europe than we like to think." --New York Times Book Review (Editors' Choice)

Jerzy Kosinski was a great enigma of post-World War II literature. When he exploded onto the American literary scene in 1965 with his best-selling novel The Painted Bird, he was revered as a Holocaust survivor and refugee from the world hidden behind the Soviet Iron Curtain. He won major literary awards, befriended actor Peter Sellers (who appeared in the screen adaptation of his novel Being There), and was a guest on talk shows and at the Oscars. But soon the facade began to crack, and behind the public persona emerged a ruthless social climber, sexual libertine, and pathological liar who may have plagiarized his greatest works.

Jerome Charyn is the author of, most recently, A Loaded Gun: Emily Dickinson for the 21st Century, Bitter Bronx: Thirteen Stories, I Am Abraham: A Novel of Lincoln and the Civil War, and The Secret Life of Emily Dickinson: A Novel.

Jerome Charyn is the author of more than fifty works of fiction and nonfiction, including Sergeant Salinger; Cesare: A Novel of War-Torn Berlin; The Perilous Adventures of the Cowboy King: A Novel of Teddy Roosevelt and His Times; In the Shadow of King Saul: Essays on Silence and Song; Jerzy: A Novel; and A Loaded Gun: Emily Dickinson for the 21st Century. Among other honors, his novels have been selected as finalists for the Firecracker Award and the PEN/Faulkner Award for Fiction. Charyn has also been named a Commander of Arts and Letters by the French Minister of Culture and received a Guggenheim Fellowship and the Rosenthal Family Foundation Award for Fiction from the American Academy of Arts and Letters. He lives in New York.