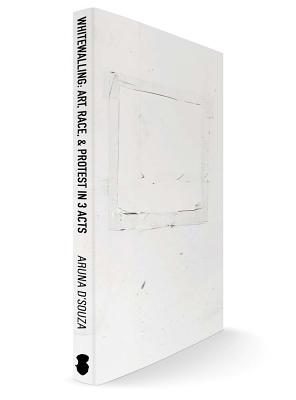 As Maggie Nelson’s new book resurrects the controversy over Dana Schutz’s infamous painting Open Casket, I'm compelled to revisit the best treatment of the topic I’ve encountered. Aruna D’Souza presents a brilliant analysis of art and protest through a study of three New York exhibits from the last 50 years. From the book: “We both give art too much credit and place an undue burden on it when we imagine that it can interrupt or overturn such pervasive systems of power as white supremacy and capitalism. What art can do, in its best and worst forms, is reveal the mechanisms by which such powers assert themselves.”

In 2017, the Whitney Biennial included a painting by a white artist, Dana Schutz, of the lynched body of a young black child, Emmett Till. In 1979, anger brewed over a show at New York's Artists Space entitled The Nigger Drawings. In 1969, the Metropolitan Museum of Art's exhibition Harlem on My Mind did not include a single work by a black artist. In all three cases, black artists and writers and their allies organized vigorous responses using the only forum available to them: public protest.

Whitewalling: Art, Race & Protest in 3 Acts reflects on these three incidents in the long and troubled history of art and race in America. It lays bare how the art world--no less than the country at large--has persistently struggled with the politics of race, and the ways this struggle has influenced how museums, curators and artists wrestle with notions of free speech and the specter of censorship. Whitewalling takes a critical and intimate look at these three "acts" in the history of the American art scene and asks: when we speak of artistic freedom and the freedom of speech, who, exactly, is free to speak?

Aruna D'Souza writes about modern and contemporary art, food and culture; intersectional feminisms and other forms of politics; how museums shape our views of each other and the world; and books. Her work appears regularly in 4Columns.org, where she is a member of the editorial advisory board, as well as in publications including the Wall Street Journal, ARTnews, Garage, Bookforum, Momus and Art Practical. D'Souza is the editor of the forthcoming Making it Modern: A Linda Nochlin Reader.