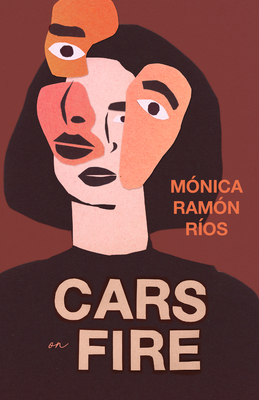 "When you live in an adopted country, when you're an exile in your own body, names are simply lists that dull the reality of death."

Cars on Fire, M nica Ram n R os's electric, uncompromising English-language debut, unfolds through a series of female characters--the writer, the patient, the immigrant, the professor, the student--whose identities are messy and ever-shifting. A speechwriter is employed writing for would-be dictators, but plays in a rock band as a means of protest. A failed Marxist cuts off her own head as a final poetic act. With incredible formal range, from the linear to the more free-wheeling, the real to the fantastical to the dystopic, Rios offers striking, jarring glimpses into life as a woman and an immigrant. Set in New York City, New Jersey, and Chile's La Zona Central, the stories in Cars on Fire offer powerful remembrances to those lost to violence, and ultimately make the case for the power of art, love, and feminine desire to subvert the oppressive forces--xenophobia, neoliberalism, social hierarchies within the academic world--that shape life in Chile and the United States.