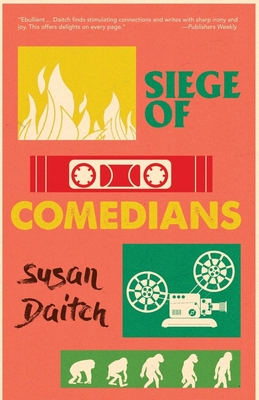 In the first piece, an American forensic sculptor, reconstructing the faces of three victims receives a midnight, visit from a man who threatens her life unless she alters the faces she's almost completed. The twists and turns of the mystery lead her to a new life, working with forensic archeologists at a site near the Prater amusement park in Vienna.

In the second section, an accent coach discovers that the man implicated in the death of his girlfriend in 1970s Buenos Aires was once a censor and Assistant Minister of Propaganda in Vienna during World War II. When bodies start turning up under the former Propaganda offices, some date from the war period--but others are much older, their origins going back to the Ottoman siege of Vienna.

In the final arc, in the aftermath of the last battle between the Austrians and the Turks, a local businesswoman finds three displaced women from Istanbul--former wives of the sultan--wandering in Vienna and gives them shelter in her brothel, located on the site of the future Ministry of Propaganda.