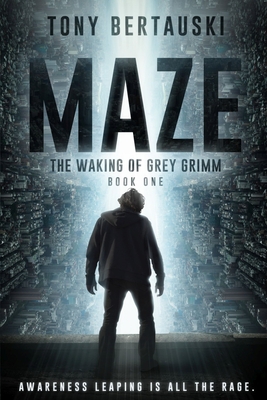 This is book number 1 in the Maze series.

If you liked Neuromancer and Do Androids Dream of Electric Sheep, you'll love the MAZE...

Sunny Grimm found her son with a strap around his head.

An infamous symbol is embossed between his eyes, one that people only whisper about--the mark of awareness leaping. Where players launch into virtual realities. Where anything goes and investors make millions.

Critics, however, refuse to call it a game.

They argue that reality confusion will be the end of humanity. Still, there are many who play because the rewards are great. But the risks are steep and few ever win.

Sunny goes on a mad search for her son and the people responsible for allowing him to play. She knows the Maze is more than a game but she doesn't care. She only wants her son back.

Will she lose herself in the search?