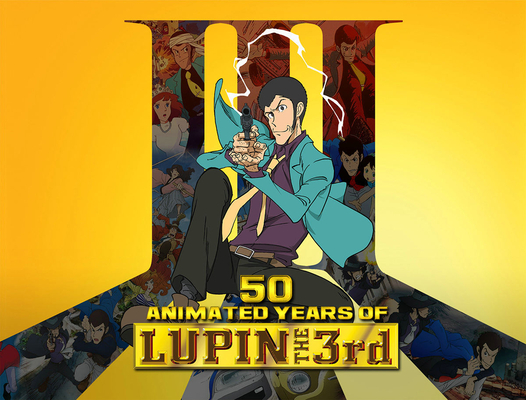 On October 24th, 1971, an exciting new anime premiered based on the hit manga LUPIN III by legendary creator Monkey Punch. For 50 years, the exploits of master thief Lupin III and his gang of outlaw pals have thrilled and entertained audiences worldwide, spawning over 300 serialized episodes, more than 10 feature films, dozens of standalone specials and OVAs, with even more adventures currently in the works. As one of the most popular and prolific animated franchises, it has evolved through the decades, capturing the hearts of several generations. It has inspired and launched the careers of film makers, storytellers, and animators around the world, most notably providing the directorial debut of the legendary Hayao Miyazaki (Spirited Away, Princess Mononoke) who directed perhaps the most recognized LUPIN THE 3rd feature film, The Castle of Cagliostro. A celebration of the beloved anime sensation LUPIN THE 3rd with a look back at 50 years of adventures starring the world's greatest gentleman thief created by the legendary author Monkey Punch. Produced in cooperation with TMS Entertainment and Monkey Punch Studios for the 50th Anniversary, this deep comprehensive retrospect features page-after-page of original, never-before-seen production designs, behind the scenes tales, creator spotlights, a complete episode guide to every season and animated feature produced, and a gallery of tribute artwork by an array of notable fan creators from around the world. Over 200 pages of full-color artwork and design. A must for any Lupin III fan, or anime/animation fans in general.