The Battle of Franklin (Paperback) 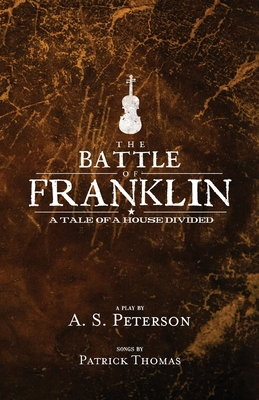 On November 30th, 1864, more than 40,000 Union and Confederate troops converged on Franklin, Tennessee, and fought one of the bloodiest battles of the Civil War. Said one who saw it, "It was as if the devil had full possession of the earth." The events of that battle have passed not only into history, but into legend. Names like Tod Carter and John Bell Hood have found their ways into our poems and songs and folk tales. But what do these stories have to say to us today?

Through the power of music and drama, this original work takes us back in time to witness the tragic struggle between father and son, between master and slave, between North and South. It's a tale of a broken family and a broken nation. But in the end, the story of the Battle of Franklin is about more than mere history--it's about the conflict in all of us, and our hope of restoration.