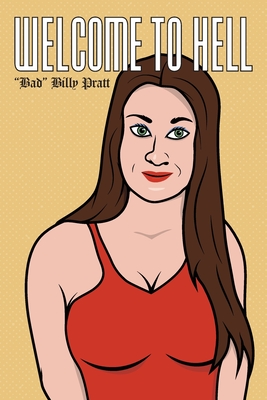 "When the fantasy is all that's left, the impulse is to get lost in it. You want to forget that you're an arm above the water and your legs are giving out."

Modernity is Hell. It's a sentiment shared by many people, even if they aren't honest enough to admit it. But what is Hell? Hell is the impermanence of identity, the death of authenticity, the absence of love. It's the unsettling nothing you feel as you amble to work and back, numbingly consuming pop culture pleasures, sleepwalking your way through dead-end sexual encounters. Hell is the void, the death of God, the blurring of reality and fantasy, your own consciousness lost in the stew.

Welcome to Hell is a clear-eyed, touching examination of the world we live in. Equal parts memoir, cultural critique, meditation, and lament, "Bad" Billy Pratt's literary debut traces a poignant line through his failed relationships and other life experiences, painting a stark picture of the abyss that we've been condemned to.