Japan on American TV: Screaming Samurai Join Anime Clubs in the Land of the Lost (Paperback) 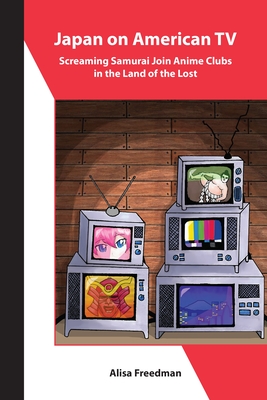 Written in an accessible style that will appeal to scholars, teachers, students, and anyone with an interest in Japan and popular culture, as well as an ideal text for classroom use, Japan on American TV offers a gentle means to approach racism, cultural essentialism, cultural appropriation, and issues otherwise difficult to discuss and models new ways to apply knowledge of Asian Studies.

Alisa Freedman is a Professor of Japanese Literature, Cultural Studies, and Gender at the University of Oregon and the Editor-in-Chief of the U.S.-Japan Women's Journal. Her books include Tokyo in Transit: Japanese Culture on the Rails and Road, an annotated translation of Kawabata Yasunari's The Scarlet Gang of Asakusa, and co-edited volumes on Modern Girls on the Go: Gender, Mobility, and Labor in Japan, and Introducing Japanese Popular Culture. She has published widely on Japanese modernism, Tokyo studies, youth culture, gender, television, humor as social critique, teaching pedagogies, and digital media, along with publishing translations of Japanese literature. Alisa has been nationally recognized for excellence in mentoring and enjoys presenting at cultural events like anime cons and Japan festivals.